The man behind the mask of Art Abscon now has his own music project. It is called Tellbach. And Tellbach is me. About a year ago, Tellbach found out why there are analogue synthesizers. I had just released Art Abscon’s “The Separate Republic“, an album that had taken five long years to make, featuring 36 different acoustic instruments. When the album was out, I urgently needed distraction from Art Abscon. And the Grandmaster granted it. I wanted to discover something that was new to me. The infinite possibilities of analogue synthetic sound design quickly put a spell on me, and I combined it with my fascination for vintage studio gear, such as magnetic tape, mechanical spring reverb and tube amplifiers. I strictly avoided anything digital because I was aiming at the audio characteristics of the 1970s and early 1980s, the golden era of electronic music with acts like Mort Garson, Suicide, Kraftwerk, John Foxx and early OMD.

The music emerged quickly, but finding appropriate lyrics for this new kind of music was difficult in the beginning. Up until now, Art Abscon had been my only source of inspiration. I would only write what was in line with Abscon’s poetics. Without these guidelines, I suddenly felt completely left to my own devices. However, as soon as I had decided to use my family name, Tellbach, for my new electronic music project, I knew that I had found a new source of inspiration: myself. With Art Abscon, it is strictly forbidden to add anything personal to the songs I write. I have always felt that personal aspects do not belong in Art Abscon’s music. The poetry supporting it has to be of a universal quality and not inspired by my own petty personal matters.

Why did I all of a sudden want something different? 2017 marked ART ABSCONs’ tenth anniversary. That was one of the reasons why I started to write a book about my experiences with the Grandmaster, “The Book of Abscon” (I hope I will finish it this year). My work on this book showed me how rich the experiences actually are that I have made in those ten years behind the mask of Abscon. All of a sudden, my personal matters no longer seemed insignificant at all to me, but rather special and noteworthy. How much had I learned from leading this double life behind the mask, the strange situations it brought about, this peculiar perspective of the anonymous observer! How much had I learned from all the remarkable people I had met behind the scenes, in the shadow of this mask! How deep were some of these encounters and how extreme some of those experiences! How much had I learned from loving, and hating, admiring and detesting, from extreme sorrow and extreme joy and from learning to balance it all! How much had I learned from fathoming the depths of honesty and falsehood, loyalty and treason, friendship and enmity, trust and jealousy, magic and madness! And how much had I learned from dreaming and from turning the art of dreaming into a science by analysing the different natures of reality and perception! Art Abscon has taught me so much about myself, the world I live in and what lies beyond. He has shown me so many heavens and so many hells. I thank him for having turned me into a man who can now write about his personal experiences and thoughts without dreading their insignificance. And I thank him for giving me some time to myself, time that I have used to record my own debut album. This is why I decided to include a cover version of my favourite ART ABSCONs song, “Niemandsgebet”. 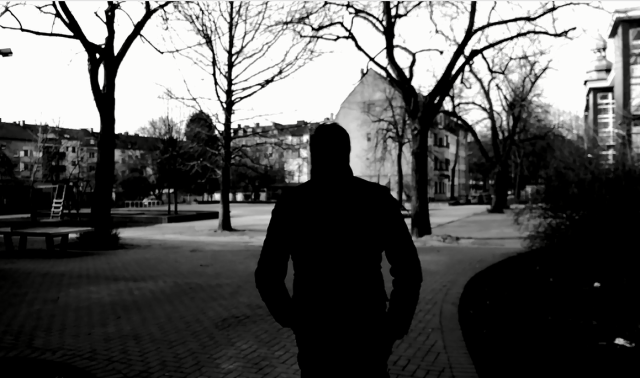 My new self-titled album is the very first release on my label, Opus Abscondi. It will come out on 3 April 2018, which happens to be my birthday. I have decided against the contemporary custom of making a new album immediately available for streaming and downloading. For the time being, this new release will only be available on CD. I run a music label because I believe in the importance of traditional music formats like vinyl records, music cassettes and CDs. Unfortunately, a vinyl release is not yet possible for Opus Abscondi. I will try to finance future vinyl releases with this current album, though. This is why streams and downloads will not be made available before I have covered the production costs for this release.

As I am writing this, my mind is already busy with ideas for a new ART ABSCONs album and a series of electronic music releases on cassette, the “Time Trip Tapes”. The next release on Opus Abscondi, however, will be Misty Bywater’s “Lullaby Waterfall”, and I look very much forward to this.